So this week I am at the British Society of Gerontology (BSG) Conference 2018. I don’t think that I have ever been to a larger Conference and there is so much in the Conference Programme that it is almost big enough to require a wheelbarrow!

Anyway, later today I am speaking with Becky Moran the Care Home Educational Facilitator (CHEF) from NHS Lanarkshire talking about the BSG study day we held back in August 2017. See This Link for our report to Ageing Issues

Firstly, the Centre for Better Ageing at https://www.ageing-better.org.uk/ is releasing a new report today called Home Adaptations: A Typical Journey, which explores personal and professional perspectives on home adaptations. Go to the website and download it.

Secondly, Ageing and Society have released some full-text versions of some of its most interesting articles online. There are a range of topics so if you want to take a look at what is available see www.cambridge.org/ASO-BSG18

Finally, the Centre for Policy on Ageing has pooled together some of its Information Resources. An interesting one to look at is called “Policies on Ageing” which is an online resource providing easy access to government policy documents and key national reports and briefings that are raising the profile of issues around the support of older people and an ageing population. See:

Hope you find something interesting.

Today the Royal Society for Public Health, here in the UK has published a report called “That Age Old Question” which examines how our attitudes to ageing can affect our health and wellbeing. Sad to say of course that they conclude that societal Ageism is well and truly with us and have listed 10 key recommendations from the report on their website at That Age Old Question

I think the worrying thing for me is the reported attitudes of younger people who seem to either believe a number of myths about ageing or accept them as truth! We also seem to have created a culture that is still obsessed with trying to stay young looking. The RSHP is calling for an end to the use of the term “anti-ageing” because I am sorry to say there is no such thing (but don’t forget your sunscreen and give up the fags).

Well, if that depresses you then here is some inspiration for Dementia Awareness Week in Scotland  #DAW2018 If you haven’t seen it, the winner of NHS Patient Award for Nursing and Midwifery was Fiona Chaabane. Fiona works with people with cognitive disorders focusing on Young-onset Dementias. To find out more about her, and her work Click Here

In a new report published by  HelpAge International launched to coincide with World Health Day 2018 (which is tomorrow, 7th of April 2018) older people explore their right to be able to make their own decisions and live their lives according to their own values and preferences. The report called Freedom to Decide for Ourselves,  brings together the findings from a consultation with 450 older people in 24 countries to find out their perspectives on their rights to autonomy and independence, long-term care and palliative care.

Yet again this report has found that as people age, the autonomy and independence they enjoyed earlier in their lives is often denied by the negative, ageist attitudes of those who believe older women and men are unable to make their own decisions, or disregard their choices when they do.

Shockingly the reported ageism was especially evident in older people’s health and socila care. Many participants said there was a lack of access to comprehensive long-term care and support services within their communities or, if they existed, the cost makes them unaffordable to everyone who isn’t on a high income. This leaves families as the only providers and when this is the case it is often at the cost of an older person’s control over their care.

HelpAge International are calling for a UN convention to protect older people’s rights and have a campaign called Age Demands Action which is working to achieve this goal.  Why not add your voice as they suggest!

Well, it was food last week so this week let’s turn our attention to drink.

NHS Scotland this week released a new report, Hospital Admissions, Deaths & Overall Burden of Disease Attributable to Alcohol Consumption in Scotland that indicated that more than 3,700 deaths in Scotland could be directly linked to alcohol consumption. In addition, more than 41,000 people were admitted to hospital as a result of consuming alcohol. These findings overall show that alcohol has a wider impact on health than many people think, supporting the Scottish Government’s case that minimum alcohol pricing. This starts in Scotland in May 2018 and given this state of affairs has to be at least worth trying.

So why is this important to older people? Well, you have to look at alcohol consumption in the UK. In those that drink alcohol (about 83% of the total population) Drinkers aged 65+ years drank more frequently than any other group and were also more likely than any other age group to have drunk alcohol on 5 or more days in the previous week (24% of men and 12% of women) compared to 3% of men and 1% women aged 16 to 24 (Office of National Statistics, 2017). See Drinkaware if you want a more comprehensive view

There is an alarming lack of recognition of the extent of this problem in frontline healthcare staff who remain more likely to associate heavy drinking with the 16-24 age group, perhaps because they are more likely to binge drink, with all the problems that cause rather than older people steadily drinking more.

So it was really good this week to come across a new resource called Vintage Street Not the snappiest or most obvious name, unfortunately, that is purpose-built for people over 50 who are concerned that they are maybe drinking a little too much. It offers a range of online advice that older people, their families, employers may find useful. It also lets you know how to get in touch with the 5 Drinkwise Age Well centres.

Seems appropriate to put these here so you can check yourself out before you visit the site!

A strange piece of augury last week picking a ‘Care home for 4 year-olds’ as my topic. Today a report by the group United for all Ages warns that there is a widening gap between older and younger generations, largely fuelled by the UK housing crisis, which has forced young people to live in cheaper urban areas, while their parents and grandparents live in the suburbs or the countryside. They say that urgent action is needed to create 500 shared sites across the country by 2022 to try and end ‘age apartheid’ in Britain.

Britain is one of the most age-segregated countries in the world, particularly for the oldest and youngest generations and age segregation has been growing in recent decades

Their report called Mixing Matters was published today (5 January 2018). Worth downloading and reading (even the News Release) to get an idea just how divided a society we are becoming.

Shared sites, such as care-home nurseries (as featured on Channel 4); opening up sheltered housing schemes to students in return for volunteering and support; expanding the Homeshare scheme where older people let spare rooms to young people in return for practical support and companionship; Locating reception and year one classes for primary school children in care homes, as demonstrated by shared sites in the USA; and tackling the stigma around ageism and dementia by encouraging school pupils to visit care homes as part of the national curriculum bring young and old together and are practical methods for tackling some of the big social ills facing our country – from poor health and care and loneliness to ageism and division.

Earlier this year Channel 4 in the UK ran a documentary series where pre-schoolers shared their classroom with pensioners from a retirement home in Bristol for six weeks. The two programmes can still be viewed on Catch up at All 4

Just before Christmas to highlight the problem of isolation over the holidays as an issue for older people at Christmas a new programme was created in the same format that brought the pensioners and their young friends together again as they prepare for a Christmas concert.

For a bit of life-affirming and interesting television take a look at Old People’s Home for 4-Year-Olds: Christmas

The coldest day of the winter so far with temperatures plunging below minus 13C in Scotland happened this week on the 28th. of December. A good time again to remind everyone to look out for and pop in to see their older neighbours.  Make sure they have enough food are staying warm because you could be saving their lives. Remember,  the estimates are that 80 frail and vulnerable people per day in the UK are at risk of dying as a result of fuel poverty. Interested in finding out more about fuel poverty there is a charity called Energy Action Scotland (EAS) which campaigns for an end to fuel poverty in Scotland and is the only national charity with this sole remit. If you want to know more about what they do Click Here! 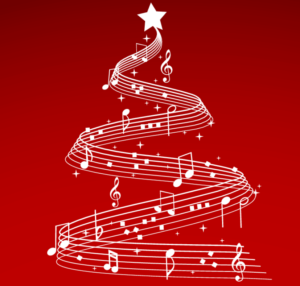 Firstly a Very Merry Christmas to everyone who reads this that celebrates. If you don’t, hope you are enjoying the winter solstice which is a much older festival and was celebrated more widely (Stonehenge for example is aligned to sunrise on the winter solstice).

So after a few weeks of mainly single topics this week I have decided to be a bit more eclectic!

Firtly, its good to see that Age UK have just launched a new resource which offers practical advice on providing the kind of services in which older lesbian, gay, bisexual or transgender (LGBT) people can feel safe to be themselves. Called the Safe to be me resource guide, it has been written for anyone working or volunteering in health, social care or the voluntary sector who supports older people who are LGBT. It will also prove useful for people involved in training because it encourages them integrate discussions and scenarios relating to the needs of people who are LGBT into what they provide.

Secondly another of these great papers which tells you more about the things you take for granted. This time its about the healing power of music! An easy thing to say and something we are all probably aware of BUT what is music actually doing?

Well this paper from a team based at the University of Helsinki in Finland has a go at answering that question for people with neurological conditions. It is a literature review that looks at music’s potential for aiding the rehabilitation of people with various neurological conditions. Evidence of an impact is greatest for stroke and dementia, but music-based interventions can also help cognition, motor function and emotional well-being in people with Parkinson’s disease, epilepsy and multiple sclerosis. More of their findings can be found HERE

Finally and totally unrelated to anything above, I found an open access literature review on appropriate ways to measure lying and standing blood pressure in hospital for frail older adults. So for all of you concerned about older people who fall frequently possibly because of postural hypertension here is a guide to the:

Measurement of lying and standing blood pressure in hospital