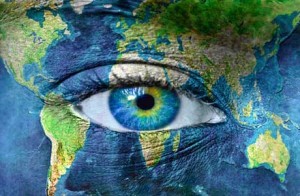 On the 13th of May the World Health Organisation(WHO) published its statistics for 2020.  The WHO’s World Health Statistics is an annual check-up on the world’s health. It reports progress against a series of key health and health service indicators, revealing some important lessons in terms of progress made towards the United Nations 17 Sustainable Development Goals and gaps to fill.

One driver of progress in lower-income countries has been improved access to services to prevent and treat HIV, malaria and tuberculosis, as well as a number of neglected tropical diseases such as guinea worm. Another was better maternal and child healthcare, which led to a halving of child mortality between 2000 and 2018.

Unfortunately though in a number of areas, progress has been stalling. Immunization coverage has barely increased in recent years, and there are fears that malaria gains may be reversed. Worryingly there is an overall shortage of services within and outside health care systems to prevent and treat noncommunicable diseases (NCDs) such as cancer, diabetes, heart and lung disease, and stroke.

This uneven progress broadly mirrors inequalities in access to quality health services. Only between one third and one half the world’s population were able to obtain essential health services in 2017. Service coverage in low- and middle-income countries remains well below coverage in wealthier ones; as do health workforce densities.

In 2017, more than half (55%) of the global population was estimated to lack access to safely-managed sanitation services, and more than one quarter (29%) lacked safely-managed drinking water. In the same year, two in five households globally (40%) lacked basic handwashing facilities with soap and water in their home.

The overall message from the report is clear. As the world battles the most serious pandemic in 100 years, and we are just a decade away from the Sustainable Development Goal deadlines there is a need for action from High, Mid and Low income countries to work together to strengthen primary health care worldwide and focus our attention on the most vulnerable in order to eliminate the gross health inequalities that still dictate who lives a long, healthy life and who doesn’t.

A fantastic visual summary of the WHO Health Statistics Report 2020 can be seen at: https://www.who.int/data/gho/whs-2020-visual-summary