Had to share this first. At the end of last year my first year Masters class were lucky enough to be able to hear about the work being done with older prisoners across Scotland from Paul O’Neill, the (Healthcare) Service Manager at Shotts Prison. Paul spoke passionately about his work and the difficulties that are being encountered as our prison population ages. This week Alzheimer’s Scotland’s Let’s Talk About Dementia Blog features a really interesting item on improving Dementia awareness in prisons which features Shotts Prison. Shotts is aiming to become the first Dementia Aware Prison and the article looks at how successful this partnership working has been. To learn more click here 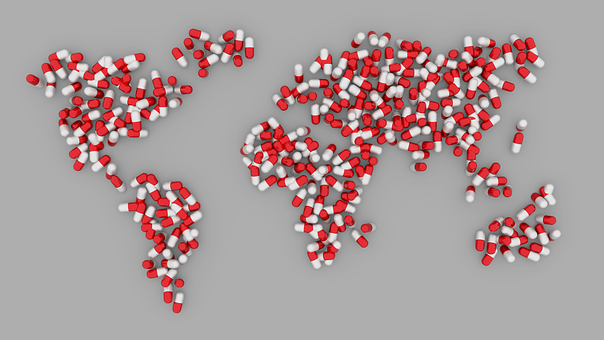 On  Wednesday the 29th of March the World Health Organisation (WHO) launched the latest of its Global Patient Safety Challenges. This one, unlike the previous two “Clean Care is Safe Care” challenge on hand hygiene in 2005 and the “Safe Surgery Saves Lives” challenge in 2008 extends beyond the hospital because the focus of the third challenge is “Medication Safety”

The aim this time is to half medication errors globally within 5 years. The Global Challenge aims to make improvements in each stage of the medication use process including prescribing, dispensing, administering, monitoring and use. WHO aims to provide guidance and develop strategies, plans and tools to ensure that the medication process has the safety of patients at its core, in all health care facilities. For further information, click here

The people of course who will benefit the most from this will be the people who take the most medications and as we know that is older people with co-morbidities.

Brilliant news for everyone looking at this blog!

Again this week I am picking two very disparate stories. One has been widely reported within the UK and one has received much less attention.

So firstly this week two separate reports for the government released this week suggest that millions of people are probably going to have to work longer to qualify for their UK state pension. While that is not a surprise, if you have been following world trends, UK demographics have attended any of my modules or follow this blog the speed at which it might happen and who might be affected probably will be. In a worst case scenario, planned changes which are not due to take effect until 2044, it could be brought in as soon as 2028, affecting those now in their late 50s. (Mind you the worst case scenario means that  you will be spending 32% of your adult life in retirement so clearly you will be expecting to live longer). The implications for the poorest, especially women as usual, are worrying. For a lot more information on UK Pensions, see this BBC news report, State pension age could be raised to 70

This month the Malnutrition Task Force also launched a Campaign aimed at older people with small appetites that focuses on keeping a healthy weight in later life.

As part of their campaign, the task force has also released two guides to tackling unhealthy weightloss. One is aimed at those in later life and the other at carers. They are packed with tips and advice on how to keep to a healthy weight in later life. For instance, did you know that if you have a small appetite, eating small meals or snacks six times a day may be more manageable than three big meals?

Looks very random this week but both these stories are significant to older people for two very different reasons. So what are they?

Firstly, this month Alzheimer’s Disease International (ADI), who have advocated for many years for the adoption of a Global Plan of Action on Dementia by the World Health Organisation (WHO) have announced that one is currently being considered and may be adopted in May 2017. The draft plan, the Global Plan of Action on the Public Health Response to Dementia 2017-2025, is now being developed by WHO Member States. The plan recognises the impact of dementia, by committing to take practical steps to encourage progress in the seven areas of dementia awareness, risk reduction, diagnosis, care and treatment, support for care partners and research. It contains targets for each area that individual governments who are members of the WHO should meet by 2025. For more details about this important international development see:

WHO global plan on dementia

Secondly, this week also saw headlines claiming that taking non-steroidal anti-inflammatory drugs (NSAID’s) like ibuprofen and Diclofenac may increase your risk of cardiac arrest by a 1/3rd. While this makes for good/bad headlines it is quite a worrying claim when you consider the number of older people who take it as part of prescribed pain relief and the numbers who buy it as an Over-the-Counter (OTC) medication. So that you can relieve the anxiety this might cause some of the people you may look after, (or perhaps yourself) it is always worth taking a look at  Behind the Headlines one of my favourite places to send my students. In relation to this headline as always, the team at Behind the Headlines have produced a really useful critique of the research the headlines are based on. To read this got to Ibuprofen Claim  and see what they say.

The lead author of the study, Professor Gunnar Gislason has been quoted saying that

“The findings are a stark reminder that NSAIDs are not harmless and should be used with caution and for a valid indication. They should probably be avoided in patients with cardiovascular disease or many cardiovascular risk factors.”

That will, if it becomes a recommendation to GP’s, have an impact on many older people.

However for some of my readers that will mean the end of one hangover cure and back to the Irn Bru.

Alzheimer’s Scotland, have been working in partnership with staff and students at Queen Margaret University and recently had the opportunity to work with second-year media and film students to create a helpful video guide on how to use Instagram to share the work of allied health professionals (AHP’s). The plan was to share messages about who AHP’s are and how they can help. It also provides a platform for sharing ways to develop self-management hints and tips on living well – using images and short messages.The video can be viewed below:

As the students say, they are just beginning to develop their understanding of the potential of Instagram and have set up the AHPDementia Instagram account which the  Alzheimer Scotland AHP students on placement and our Occupational Therapy interns can use. Have a look at the account and tell them what you think.

Back in January Iriss a charitable company that promotes positive outcomes for the people who use Scotland’s social services published a paper by Rhian McLean on Risk. This is a really interesting piece that I would recommend you read because it might make you look again at your own practice. It’s worth remembering that by taking risks

At the start of February, Age UK released a report urging UK businesses to take a more age-friendly approach as over 65s believe they are overlooked as consumers.As a result of their report Age UK, have highlighted 8 things that you can do to make your business older adult friendly, after all, as they point out older households spend an estimated total of £145 billion per year on goods and services. Worth paying attention to…. I think so!

Again a BBC Radio 4 programme has caught my attention this week. I didn’t listen to it… I rarely do listen live to Radio 4 but they have great podcasts. So this week I was drawn to BBC Radio 4’s PM programme which has been looking at this question. Can community projects offer a way to affordable care? The link goes to a BBC web page that looks at this topic. Right at the bottom of the article, you will find a link to the podcasts. There are 4 at the moment. None are longer than about 10 minutes and worth a dip into particularly once you have read the web page. To listen to them go to Radio 4 PM podcasts