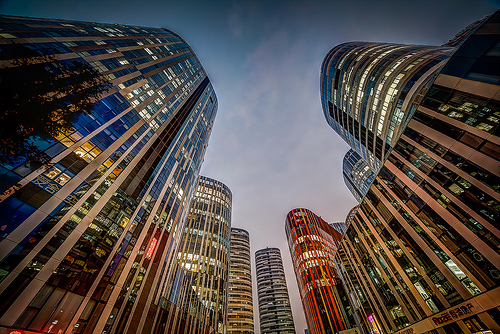 Usually health and social care issues dominate my blog but I came across this article this week which I found quite thought provoking about changing our cityscapes. It seems that cities are on a race against time to adapt to their growing older populations and are embracing promoting inclusion, ending isolation and turning the streets into a physical environment that welcomes older people. For more about this topic go and read:

On a similar theme, this month also saw the publication of a new resource from Alzheimers Disease International on Dementia Friendly Communities. The publications set out key principles for dementia friendly communities and provide case studies and examples from around the world. To access these and find out more visit:

The Useful Websites on the resources page is really helpful if you want to know more about this.

Caring is an important part of many people’s lives particularly older people. In fact over a third of carers who are aged 65+ provide 50 or more hours of informal care each week. It’s not surprising therefore that this can take its toll on people’s health, even if it can sometimes be hard  for them to even admit they have a role as a carer. For it can be an expected and valued part of ageing together and a valuable part of a friendship. It is also not unusual for people in their 50s and 60s to be caring for their own children, their grandchildren or a disabled adult child and also their parents.

So it is good to see the publication by NHS England of a Healthy Caring Guide.  See:

This is a a companion guide to the Practical Guide to Healthy Ageing  which was was originally published in January 2015 and updated recently  in October 2015. Both can be downloaded via the link above.

A milestone was also reached this month by the MRC’s Longitudinal Study, The National Survey of Health and Development. The NSHD, the oldest of the British birth cohort studies, and is unique in having data from birth on the health and social circumstances of a representative sample (N=5362) of men and women born in England, Scotland or Wales in March 1946. The participants are all now Aged 70! For an insight in what has been discovered so far visit the study website at http://www.nshd.mrc.ac.uk/70thbirthday/

Couldn’t let this week go by without mentioning the BBC programme “How to Stay Young”  in which Angela Rippon and Dr Chris van Tulleken travel the world to investigate the latest experiments and research that offers insights into how we may be able to tackle the ageing process and stay fit and healthy for longer. Whether you look at this from the perspective of your own health and lifestyle or through the eyes of your patients these are interesting programmes to watch. Needless to say I have yet again decided to exercise more and eat more healthily. Purple sweet potato anyone?

The programme has its own website at: http://www.bbc.co.uk/programmes/b0770cpf and both programmes are available on the iPlayer.

More worryingly after such a positive set of programmes was last week’s Dispatches programme on Channel 4 which involved a joint investigation between Dispatches and the Sunday Times.The programme called “Britain’s Pensioner Care Scandal” examined the crisis in home care for older people. New research reveals hundreds of thousands of missed visits and millions of late visits along with evidence of pensioners not being washed or dressed for days, waiting hours for dinner and mistakes being made with medication. Almost 300,000 older people in this country receive home care and their findings suggest many are facing serious difficulties with the quality of the care that they receive. You can read more about the programme at: http://www.channel4.com/info/press/news/britain-s-pensioner-care-scandal-channel-4-dispatches

You can watch it at http://www.channel4.com/programmes/dispatches/

I can only describe it as very worrying here…. otherwise this would be a rant!

As you know I always try and post on a Friday but last week I missed my date…. sorry if you came looking for it. My focus was drawn last week though to the  publication of the UK winter deaths figures yet again. The Office of National Statistics (ONS) has again released figures that indicate another rise in Winter Deaths. Again I find it staggering just how little attention this gets from mainstream news for what you have to say is our national embarrassment. The BBC report just about summarises the tone of a lot of what the papers said, but is it just me?

If you found any disease where the death rate rose by 5% in a single year, there would be an investigation, but dying from the effects of cold appears to be OK!

So what about an explanation; was anything wrong? One reason put forward appears to be a failure of the ‘flu vaccine, but the “elephant in the room” is pensioner poverty. The Guardian coverage is better at trying to explain what is really  going on; see

(and this was published in advance of the official figures).

Its April the 1st 2016 and today is the day that what has been heralded as the single biggest reform to the way health and social care is delivered in Scotland, since the creation of the NHS, becomes fully operational. Legislation to implement health and social care integration, passed by the Scottish Parliament in February 2014, will come in to force today bringing together NHS and local council care services under one partnership arrangement for each area.

In total 31 local partnerships have been set up across Scotland and will manage almost £8 billion of health and social care resources, including those currently associated with 96 per cent of delayed discharge and 83 per cent of unplanned admissions in the over 75s. So this is of huge significance to the future care and management of older people across Scotland. From today the partnerships are responsible for the health and care needs of patients, in particular older people, to ensure when people move between hospital and care settings their journey is better coordinated and as seamless as possible. I suppose the key question now is will we notice the difference? (Or how long until this makes a difference?)

The aims behind the whole project and what it is hoped it will achieve are detailed at  http://www.gov.scot/Topics/Health/Policy/Adult-Health-SocialCare-Integration/Principles

Some thing else happens today that appears to be getting more attention than the Scottish reforms and that’s the great Manchester Experiment. At midnight tonight, the 10 Councils in the Greater Manchester Combined Authority take direct control of their annual health and social care budget of £6 billion. Money previously administered by central government ministers in London (so devolution essentially). To find out more about their plans see: http://www.bbc.co.uk/news/uk-england-manchester-35933922